The site is maintained and updated by Steve (Smudger) Smith, No.218 (Gold Coast) Squadron Association Historian. 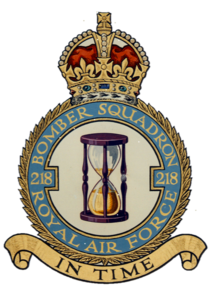 YOU ONLY HAVE TO ASK !

The sites main aim is to perpetuate the memory of those who served and died with No.218 (Gold Coast) Squadron, RAF Bomber Command between 1936 and 1945.

Please remember when your asking for help or information that without YOUR input the association will cease to exist. PLEASE help the associations future by sending details / photographs and anecdotes  to ensure that future generations can learn and remember what YOUR relative did for our freedom.

There can only be a handful of squadrons that served within RAF Bomber Command that can claim to have had such a diverse existence throughout the bombing offensive of WW.II as No.218 Squadron.  The squadron’s activities cover almost all facets of Bomber Command operations from the Phoney war of 1939 and the bloodbath of the French campaign of May 1940 to the suicidal daylight operations with the twin engine Bristol Blenheim  under the brief tenure of No.2 Group during the summer of 1940.The squadron was adopted by the Governor and peoples of the Gold Coast in 1941, but in the United Kingdom it was known as “Weston-super-Mare’s Own.’ A change in group and aircraft would see the squadron heavily involved in the 1000 bomber raids and the campaign against the German U-Boat pens along the Atlantic Coast. During  1943 the squadron was committed to the Battles of the Ruhr, Hamburg and the summer attacks on Berlin. It also participated in the raids on Italy and the attack on the V1 Rocket factory and facilities at Peenemunde. In the process of these operations the squadron lost a considerable number of aircraft and crews.

No.218 like a number of Short Stirling equipped No.3 Group squadrons missed the debacle of the Berlin Campaign and the grievous losses suffered by the gallant crews of Bomber Command during the winter of 1943/44. The squadron did not stand idle however, mining and selective raids on key industrial or transportation targets in France and Belgium was the almost daily activity for the squadron from early 1944.  The squadron would by VE Day plant a staggering  2,800 mines and drop over 13,000 ton of bombs.  The squadron was chosen to re introduce the blind bombing aid G-H.  It had made a brief appearance in November 1943 with No.115 & No.514 Squadron, early trials were encouraging. These initial operations were restricted to precision mine-laying sorties however this restriction was soon lifted with the advent of a new threat, the V1 Flying Bombs. Small scale attacks on selected French targets would witness over the proceeding months an increase in accuracy and operational demands. It would also witness the squadron marking targets for other squadrons within No.3 Group and ultimately other groups.  This new role would bring it into direct conflict with No.8 Pathfinder Group,  “Marking” was at this stage of the war the sole responsibility of the Pathfinders. Don Bennett AoC of 8 Group wanted full operational control of No.218 Squadron, this idea was rejected by AoC No.3 Group, it was and would remain under control of No.3 Group. In the end the Pathfinders would reject G-H, it was in  their opinion inferior to Oboe.

A Short Stirling Mk.III of No.218 (Gold Coast) Squadron in the summer sun of August 1944

The experience and expertise gained during the first six months of 1944 would ultimately result in the squadron becoming one of the most proficient and skilled exponents of G-H. This experience resulted in the squadron during the  last 8 months of the war marking targets for No.3 Group by night and frequently in daylight. These devastating and highly accurate G-H  operations against oil plants, transportation hubs and German industrial complexes had a crippling effect of the German armed forces.  Away from the battles over Germany, the squadrons ground crews were also active. A little known fact was that the ground crews and aircrews were instrumental in resolving a serious problem with the Mk.XIV bombsight, the standard bomb site used throughout Bomber Command. Their input and advice ultimately lead to a change in design and installation throughout Bomber Command.

The squadron also undertook a number of ‘Special’ Operations.  During the moon period of  March 1944  “A” Flight under command of Squadron Leader John Overton was attached to  RAF Tempsford to augment the two existing SOE squadrons, No.138 & No.161. These operations were vital for the success of the  forthcoming invasion. Flown at low level these hazardous operations were dependent on the reception parties in Occupied France, results varied. In May 1944 the squadron was chosen along with No.617 Squadron to undertake perhaps the squadrons most audacious and important operation of the war. The spoof invasion of the Pas de Calais, operation “GLIMMER” . The success of this operation cannot be over stated, it was a master class in navigation and crew discipline.

The squadron took great pride in the award of the VICTORIA CROSS posthumously awarded to Flight Sergeant Arthur Louis Aaron, D.F.M. The citation in the London Gazette stated, “ He showed the greatest qualities of courage, determination and leadership and, though wounded and dying, he set an example of devotion to duty which as seldom been equalled or passed.”  Other awards gained by the squadron members included four D.S.O’s, two bars to the D.S.O, 109 D.F.C’s, 46 D.F.M’s and two Conspicuous Gallantry Medals, 25 Mention in Despatches one Military Medal, and finally one BEM. With all the success it achieved the squadron is all too frequently overlooked in favour the more glamorous squadrons of No.5 and 8 PFF Group. This can with some confidence be said about No.3 Group, very little recognition is given the group and the important part in played in the bomber offensive.  There were no house hold names on the squadron, however amongst it’s ranks the squadron had a number of respected aircrew known only within the confines of No.3 Group , Paul Holder, Don Saville, Fenwick-Wilson, Waldo Hiles, Phil Lamason, , Herbert Kirkpatrick, Jo Jo Ker, Geoff Rothwell and numerous others who’s bravery and professionalism was the very back bone of the group.

The contribution of No.218 Squadron is one that every member of the squadron and their families can and should be justly proud of.

For information on 623 Squadron, formed from 218 (Gold Coast) Squadron in August 1943, please visit my other website, click here

This site is continually expanding and under construction, I am sorry  if certain areas are not covered. I am always looking for information on the squadron, likewise I’m always more than happy to help with enquiries from former squadron members or their families.

Any redistribution or reproduction of part or all of the contents of this website in any form is prohibited except for personal and private use.

You may not, except with our express written permission, distribute, publish in any form or commercially exploit the content. Nor may you transmit it or store it in any other website or other form of electronic retrieval system.

PLEASE SHOW YOUR SUPPORT TO THESE WONDERFUL ORGANISATIONS. 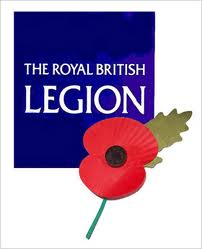 Royal British Legion Industries (RBLI) are happy to be involved in, and associated with, the work of No.218 (Gold Coast) Squadron Association Historian Mr Steve Smith. The commitment, dedication and enthusiasm shown by Steve in perpetuating the memory of those who served and died whilst operating with RAF Bomber Command is inspirational. RBLI hope that their funding of this research site will provide information, and comfort, to the many relatives and friends of those who fought and died during their time in Bomber Command. To find out more about RBLI and their work with disabled and ex-service personnel, please click here: http://www.rbli.co.uk/

The comments are those of the author and not necessarily the Association. All content unless specified copyright of 218 Squadron Association 2014. (C)