Flight Sergeant Horner seen here at a briefing prior to a operational sortie.

Twenty Four year old Oxfordshire born John Horner was one of the original pilots who left Boscombe Down for France in September 1939. On the late afternoon of Sunday May 12th, a section of three Battles were given orders to attack German mechanised columns near Bouillon. Airborne from the recently bombed Auberieve the three Battles, captained by Flight Sergeant J Horner in Battle K9353 HA-J, Pilot Officer F Bazalgette at the control of P2183 and Pilot Officer W Anstey in Battle L5192 headed towards their target at 1000ft. Sergeant J Horner was leading the section, nearing the target he was hit by machine gun and cannon fire, his starboard wing ablaze the crew crashed near Sensenruth, 3kms north of target. There were no survivors from Battle K9353, Sergeant Leonard Flisher and LAC Leslie Davies are buried in a collective grave in the Sensenruth (Curfoz) Communal Cemetery, Luxemburg with their 24-year-old pilot. 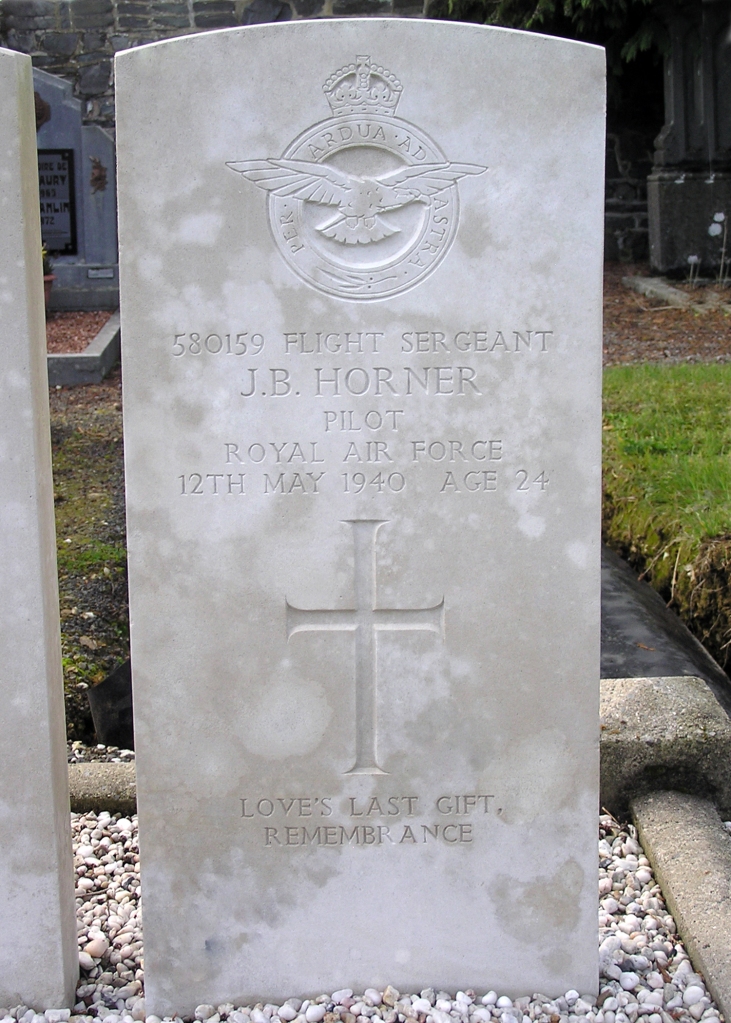 The three man crew of Battle K9353 HA-J are on the right. The two graves on the left are that of Kiwi P/O Edgar Morton pilot of Battle P2193 of No.103 Squadron and his gunner ACI Alexander Ross who were also killed on May 12th.