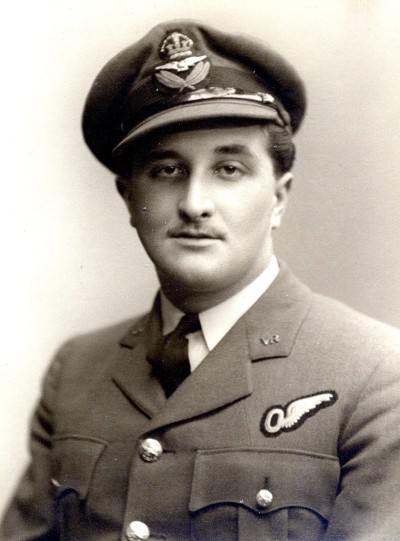 John’s time on the squadron was tragically short and sadly typical of events during the early summer of 1943.  He was part of the crew of Sergeant Peter Collingwood who arrived on the squadron via No.1657 Con Unit w.e.f 11th June 1943. The crew carried out their first operation on June 22nd 1943, a mining sortie in veteran Stirling N3721 HA-J.  Tragically the next night Sgt Collingwood undertook a 2nd Dickie operation with the experienced W/O Hoey RCAF to Wuppertal. They failed to return.  The now pilotless crew were used as “spares” filling in when other crews had crewmembers becoming ill or injured, or simply on leave.  John being an officer was not required to “Fill – in ” he did not operate during the remainder of June and all throughout July 1943. This must have been very frustrating for John, at the time the squadron was losing crews on a regular basis. The early weeks August also passed and John found himself still without a crew. On the afternoon of August 23rd Squadron Leader Waldo Hiles DFC a former flight commander on 218 Squadron arrived from No.3 Group HQ at Exning Hall. No one knows why Waldo was at Downham Market, but what is known he collected a scratch crew together for an operation to Berlin that night.  John perhaps seeing an opportunity to finally operate must have volunteered to operate with this two tour veteran, sadly it would cost him his life. The crew borrowed a 623 Squadron aircraft, Stirling EH925 IC-C and departed RAF Downham Market at 20:52hrs. On the outskirts of Berlin they were attacked by a German night fighter,  the circumstance’s are unclear but the Stirling and crew crashed near Zossen, 3kms south of Berlin, there were no survivors.  All the crew are remembers on the panels of the Runnymede Memorial.

Photo via Nigel Heath and family. THANK YOU