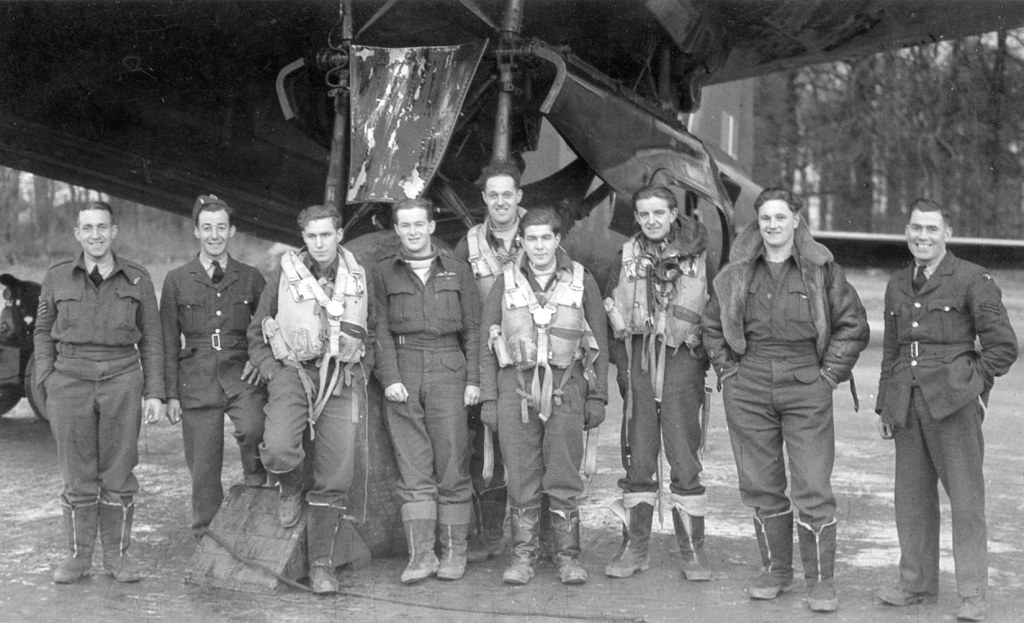 Flight Lieutenant Arnold King DFC RNZAF and crew. The crew started their operational tour in October 1943 on the Short Stirling. By August 1944 they had flown 31 operations before conversion to the Avro Lancaster. A further three operations followed bringing their tour to a conclusion. All the operations were undertaken on “A” Flight.

The squadron had within its ranks a number of personalities, some were rather eccentric, some were rather stuffy pre-war regulars, some were volunteers, some were jokers and other drinkers, and others seemed to want to fly on every operation. Regardless of their individual trait these aircrew were only known within the confines of the squadron. Some, a select and lucky few went on to reach senior ranks within the Royal Air Force. There were some on the squadron who seemed to live a charmed life, completing one, two, or even three operational tours with RAF Bomber Command. Then there are those who when required showed a resilience and courage that few can imagine. I hope to include details on some of these airman over the ensuring months, the following is not in any order.