There are some truly wonderful oil paintings depicting the aircraft of the squadron in private hands. I count myself very fortunate that not only have I viewed them, I actually own some of them. Below are a few, I have not recorded who owns them, just the circumstances behind their commission. 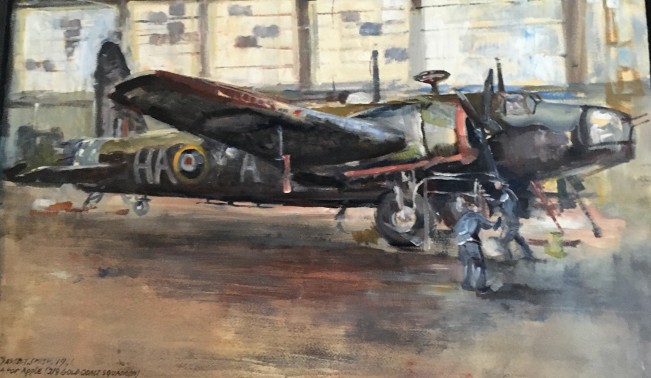 A wonderful painting of  Vickers Wellington Mk Ic X9833 HA-A “Apple” RAF Marham. The artist is David T Smith , dated 1941.  It would appear that the artist dedicated the painting to Pilot Officer Tom Dalton, a squadron rear gunner.  I would like to thank  Daniel Dalton for allowing me show this stunning painting on the site. Thanks Dan !! 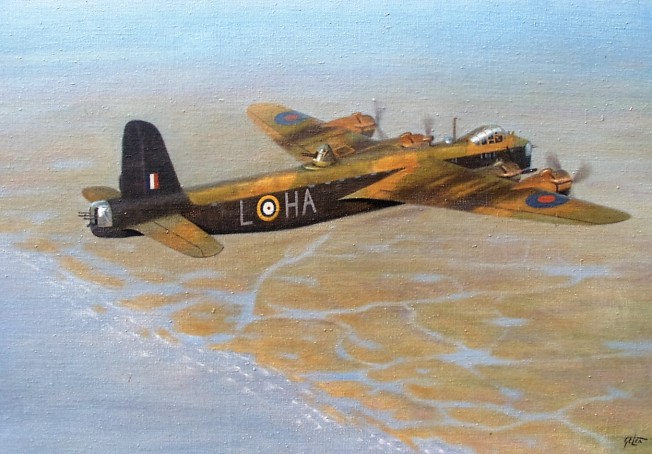 A Short Stirling Mk.I with the starboard inner feathered crossing the Suffolk coast. 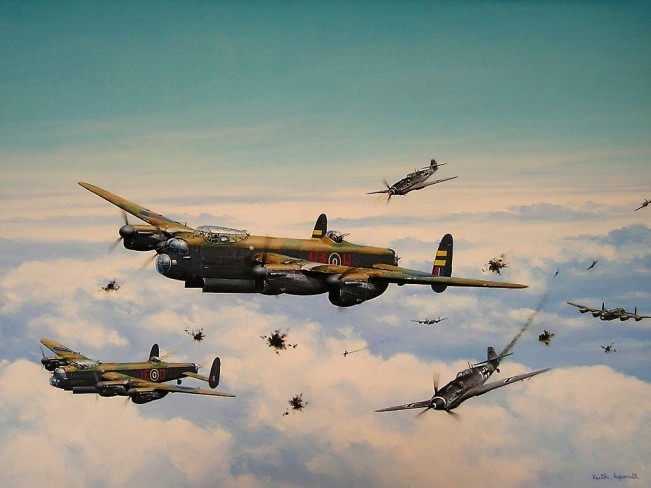 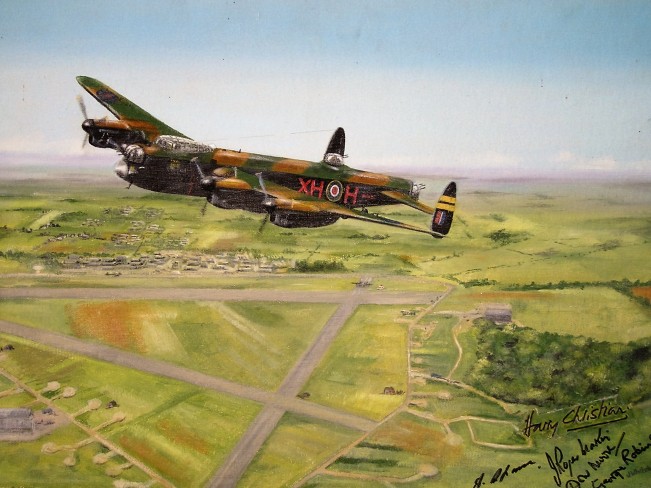 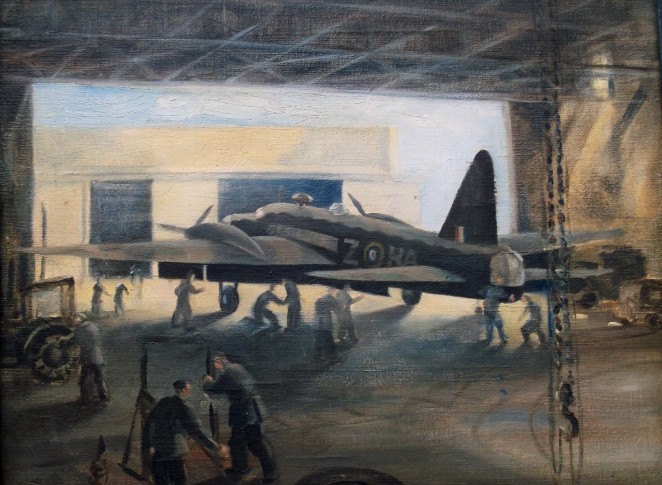